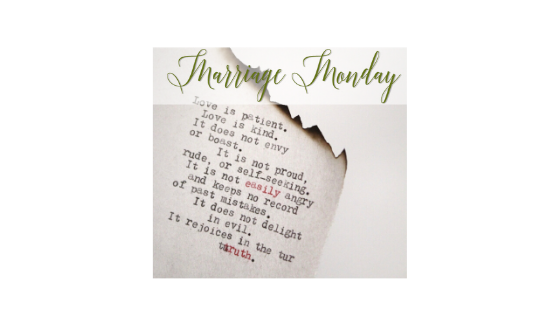 What is the best marriage advice you ever received? I love asking that of couples. It’s a great way to learn some new tips for my marriage.

Upon telling a buddy of our engagement, Jerry received his favorite piece of marital counsel. This man’s reply was,  “Buy a king bed.” His friend was not wrong.

For me, excellent advice came from a conversation with Joni when she told me, “Never let your husband give up on his dreams.” I remember when Jerry decided to complete his Master’s degree I asked Joni if her advice included paying for the program of his dreams; sadly it did not. There have been several times her wise words have tempered my response to something Jerry wanted to do.

Recently, a neighbor shared with us some counsel his brother-in-law offered when asked about fighting with his spouse. “Never both be mad at the same time.”

Now that’s some valuable wisdom right there. I can recall times, early in our marriage, when we were both hopping mad. Working through those intense feelings was exhausting. With a few years of maturity under our belts, we came to understand what our neighbor learned too. When one of us is really put out over something, it’s best for the other to step back and let them simmer down. If it means that much to your partner, step away. No need for both to be worked up. In time, we can talk it out.

What about you? What marriage advice were you given? Or what counsel do you now give to couples who are getting married? Let’s hear the funny ones, the poignant ones, and everything in between. It’s never too late to learn.