It’s All in the Cards and Rosters and Yearbooks and. . . 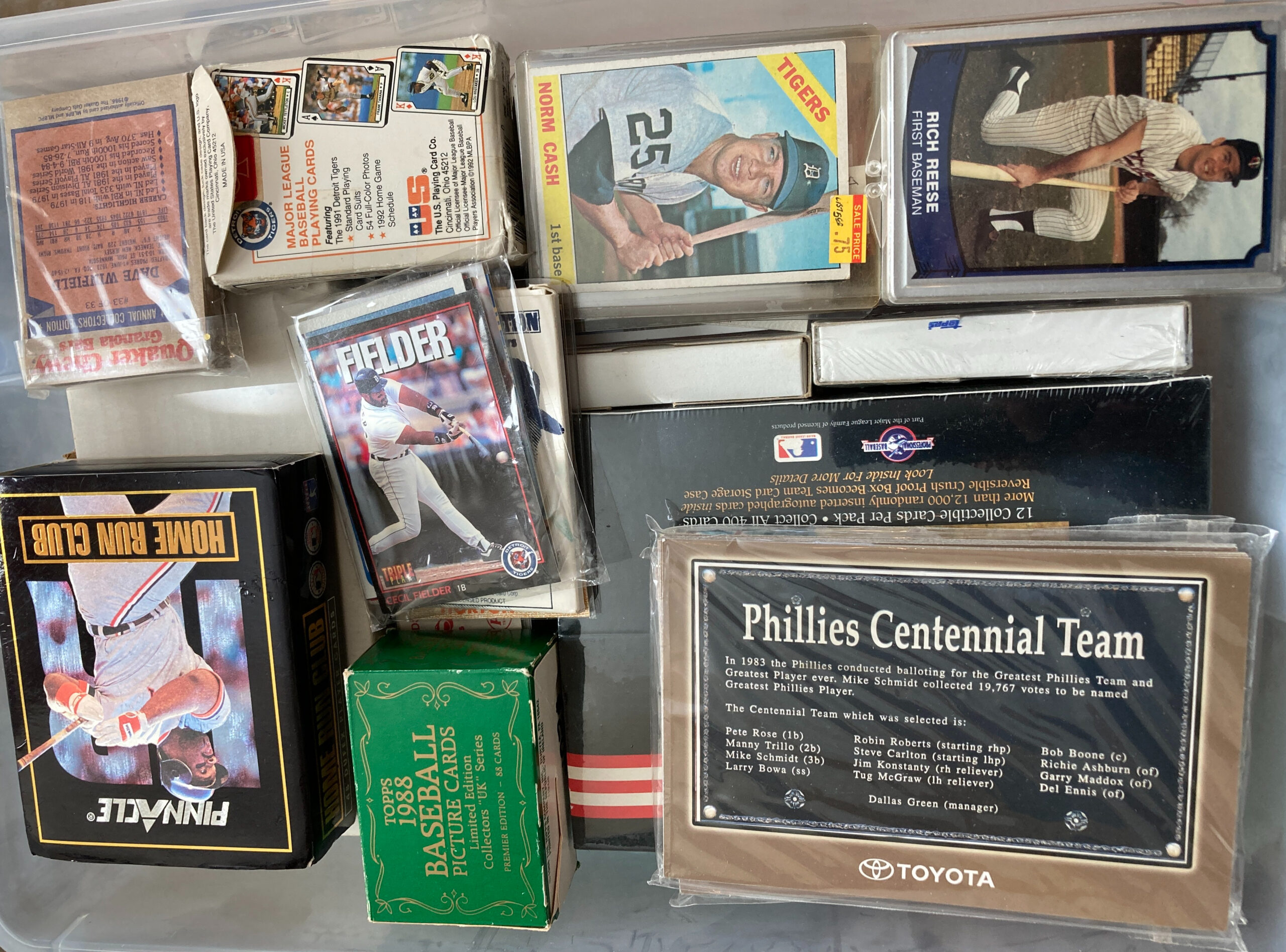 Never let your husband give up on his dreams.

This is one of the best pieces of marriage advice I received. For my husband, baseball has always been a big part of his passion and dreams. Sure, before I met him he grew out of the dream to become a Major League Baseball player, but his love for baseball has never waned.

The lower quarter of Jerry’s closet, since our move two plus years ago, housed boxes and boxes of baseball cards, programs, magazines, figures, and more. He decorated his office in more baseball pictures, figures, and autographed balls and bats. He always wanted to catalogue everything he had. Whenever he talked about it, I felt like my eyes rolled back in my head. I could think of very few things I’d enjoy less. I told him he’d need to find a friend or volunteer to help him.

A few weeks ago I realized the volunteers who assist him with work do not have time to take on his hobby too. Baseball is important to my husband, and I was the logjam in his enjoyment of his collection. I told Jerry I changed my mind and would like to help him with this when he is ready.

This weekend I pulled the four plastic tubs, five cardboard boxes, and several unpacked books and pictures from his closet and placed them on our bed, allowing him space to view it all at eye level from his wheelchair.

We set up a card table in the middle of the living room. I brought one box at a time to him. I found joy seeing him unpack and explore the contents.

As a true baseball fan, his collection represented Minor League to Major League teams from across the country. The yearbook of the Sonoma County Crushers unleashed a flood of memories as we thought about that stadium only five minutes from our home when we were first married. Tickets were only five dollars a piece and their handicapped seating was in the box seats, just three or four rows off the field. The chants of the stadium for “Moose”(player David Mowry) drifted through my mind.

The Detroit Tigers hold the most space in his memorabilia, followed in a distant second by the Philadelphia Phillies. The Tigers have been his team since he was a young boy. He stuck by them in their winning years, and throughout their long drought. Periodically as I sorted cards, I would throw out a name I thought was obscure, and he told me the position they played in the 60s or 70s.

I learned, after sorting half a stack of cards the wrong way, that there is a specific way to sort cards. First by the manufacturer, e.g. Topps, Donruss, Upper Deck, Score, etc. Then by year. Now I understand why baseball cards are a draw for kids. Younger eyes can read that small print easier. The last sort is by number. Not the obvious number on the front of the card by the player’s name, but the one on the back of the card.

Working together, we plowed through all but two of the bins. There is still a great deal of tedious work ahead, cataloging all those cards. And those last two tubs to sort. But now I’m looking forward to the task. It’s an easier tradeoff seeing Jerry stroll down memory lane and enjoy reconnecting with his love of baseball.

I am thankful God prompted with this change of heart. When is the last time you engaged in something your spouse enjoys, but isn’t your favorite? I encourage you to try it. You may learn some things you did not know, and the time spent together will only benefit your marriage. I’d love to hear about it!