A Flashback to our September Vacation

On our last full day by the ocean we took another walk.  This was one of three days the winds and rains allowed us to spend a significant time outside.  Several “locals” stopped us to comment on the nice weather now; when they learned we’d been there all week they apologized for the poor weather.  First of all, they had no control of that –so why apologize?  Secondly as we told them it’s all about attitude, the weather did not affect our enjoyment of the time away and together!

Earlier in the week we took a walk to top all walks (at least for us).  Somehow it went from a nice walk, to a challenge to prove myself!

We started out from our hotel on the northernmost end of the “Boardwalk”  (I find it humorous that it is called a boardwalk when the entire thing is poured concrete!).  The day before we had walked about 10 blocks.  As we walked a little further this day I saw the fishing pier come in to view.  Jerry had been there the day before without me.  I asked him which block the Pier was.  He told me, and then said, “but I don’t think we’ll make it that far.”  Now to be fair – he meant nothing negative by that – he was simply expressing a thought.  However, being the High D that I am (if you know the DISC profile a high D is very directive), I quietly took that statement to be a challenge.

On we walked to the Pier.

From there it was only another seven blocks to the sand structures being built, so we had to go there.  Well, once we saw those, it was a mere 7 more blocks to the end of the Boardwalk which is also the location of the accessible playground people had been telling 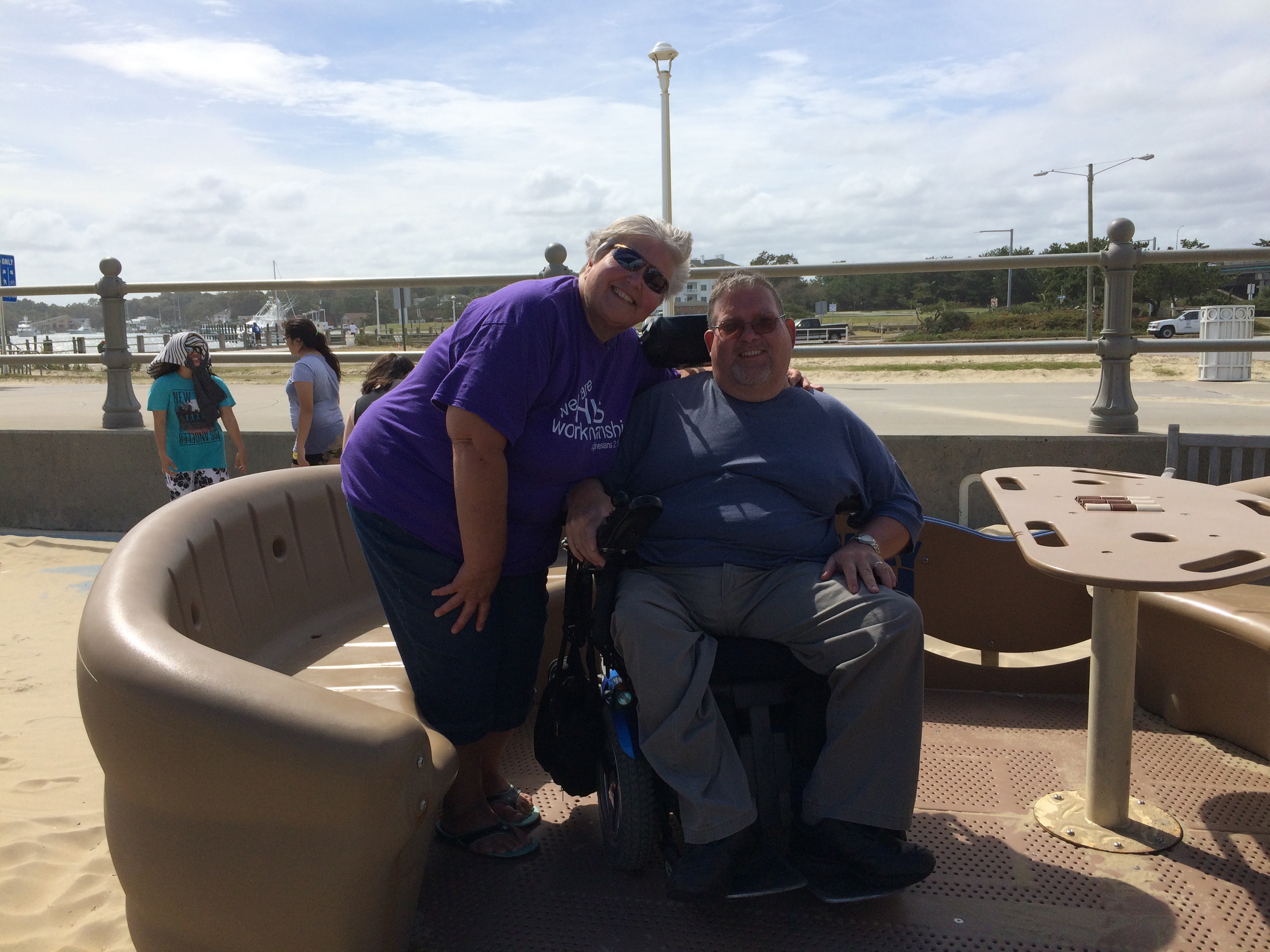 So that was the easy part – walking the 40 blocks down with the wind at our back.  But then it came time to turn around . . . and head into the 15 mph (+/-) winds that were now blowing straight at us.  Those winds were accompanied by an unsolicited version of microdermabrasion as the blowing sand buffeted our bodies!

Throughout the return walk Jerry offered that we could catch the bus anytime to go back.  But oh no, I had made it that far and I wasn’t stopping now!

After we got back to our room and collapsed and soaked some sore muscles in the hot tub I let Jerry in on the personal competition in my head that fueled me for the 6+ mile walk.

Nothing like a little grown up marital peer pressure to make for a good memory, not to mention great exercise!