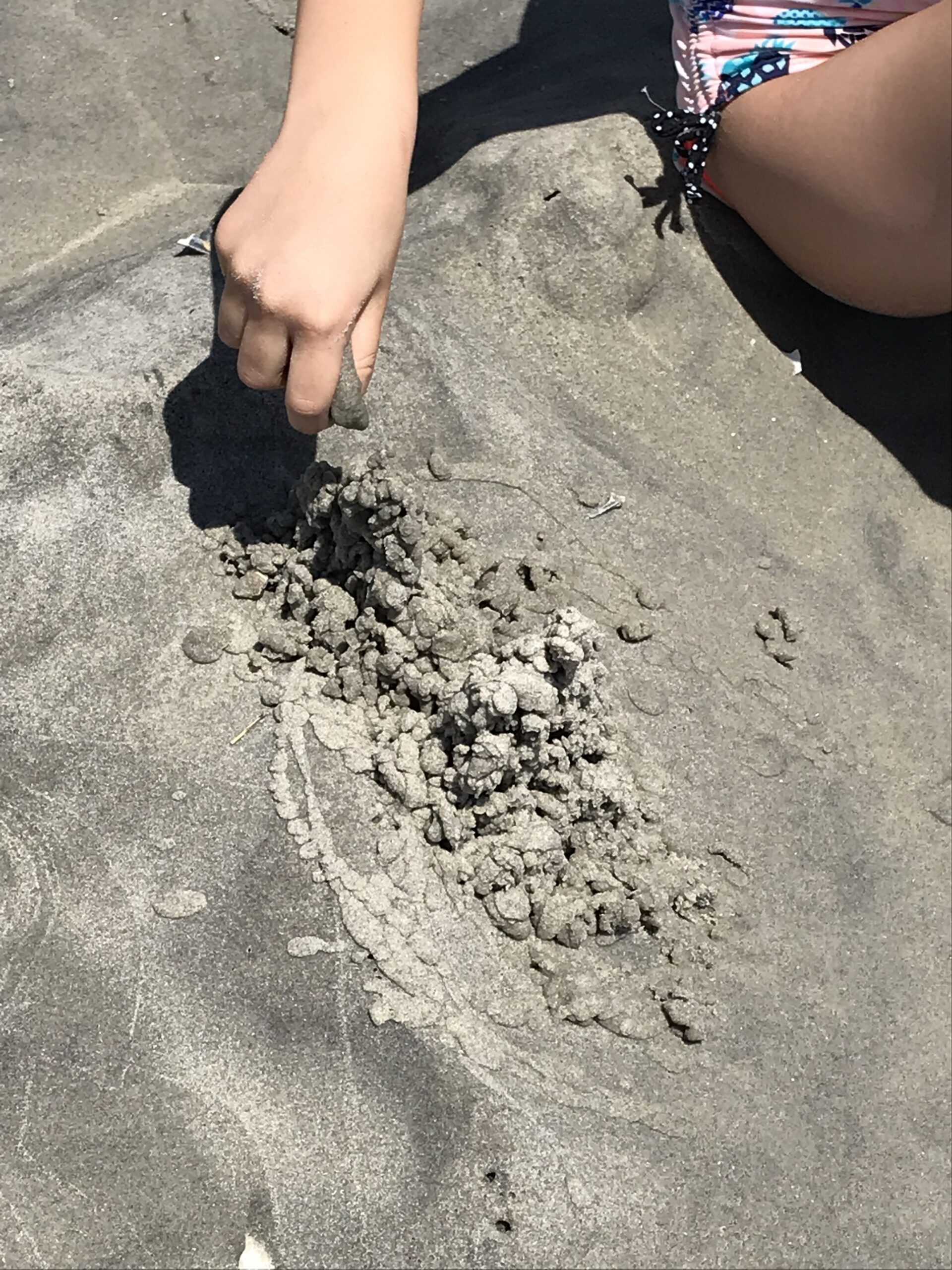 Katelyn. our 10 ½ year old grand-niece visited recently. She is a loving girl who thinks deeply. Our family planned a day at the beach while she was here. In anticipation of the trip Katelyn told me she likes to build sandcastles, but not in the typical way with buckets and shovels. She described her method, but it all became much clearer to me when we were at the water’s edge. 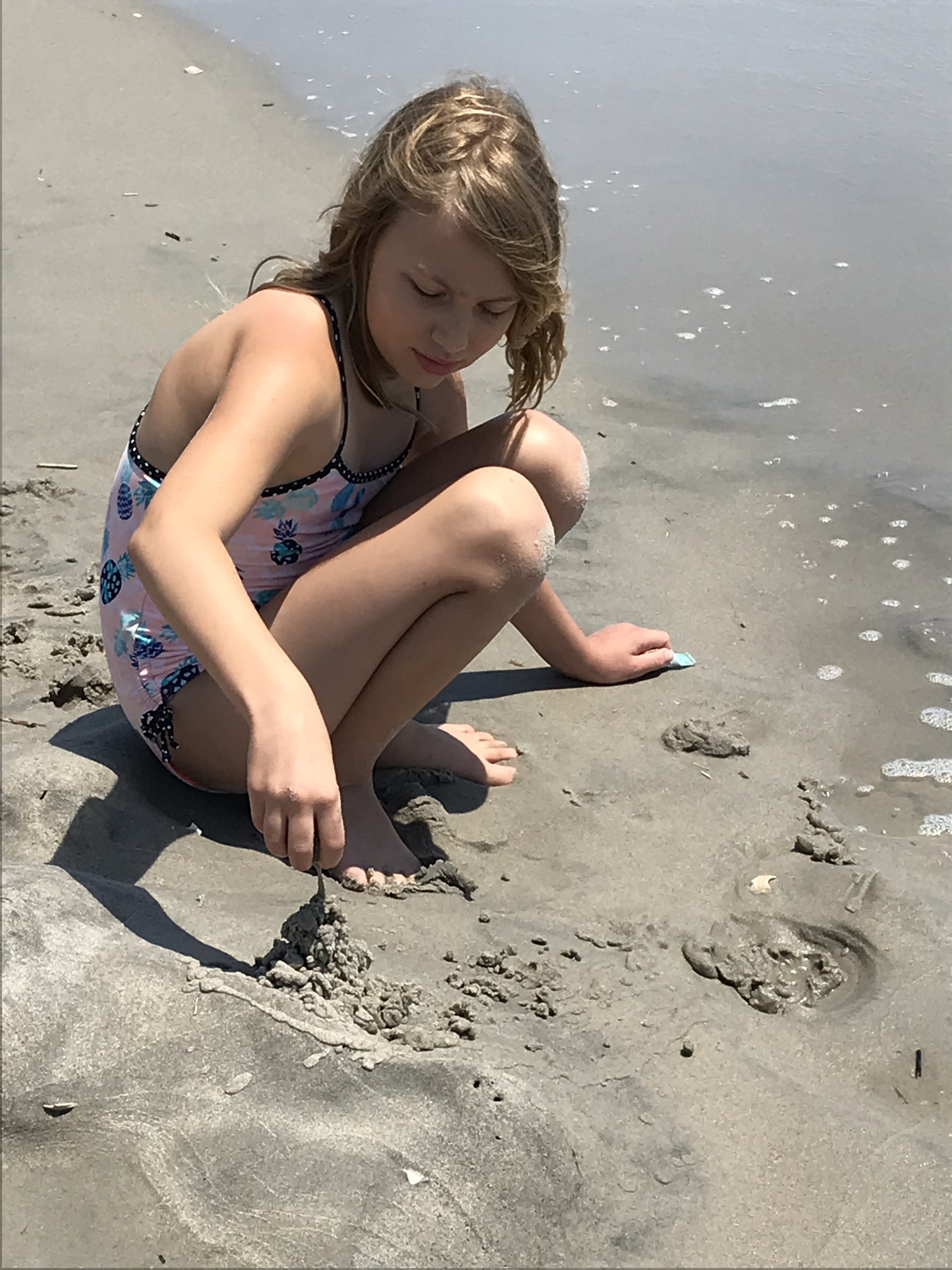 She digs a hole close to where the water laps the shore, allowing the hole to fill with water. Then she digs in and picks up a clump of wet sand. Moving to her sandcastle, just a short stretch away so it is out of the water, Katelyn slowly allows the goopy sand to drizzle out of her hand, creating odd shaped squiggles piled on top of one another. She continues to build it up until the water advances and washes it away, or it collapses on it’s own.

Right away she surveys the situation, digs a new hole and starts a new sandcastle. Then, she looks at me and says,

“Sometimes it gets wrecked, but that’s ok because it leaves a foundation to start the next one.”

Girl, are you really just 10 ½?  You just preached a message your grand-aunt needed to hear and I don’t think you even knew it.