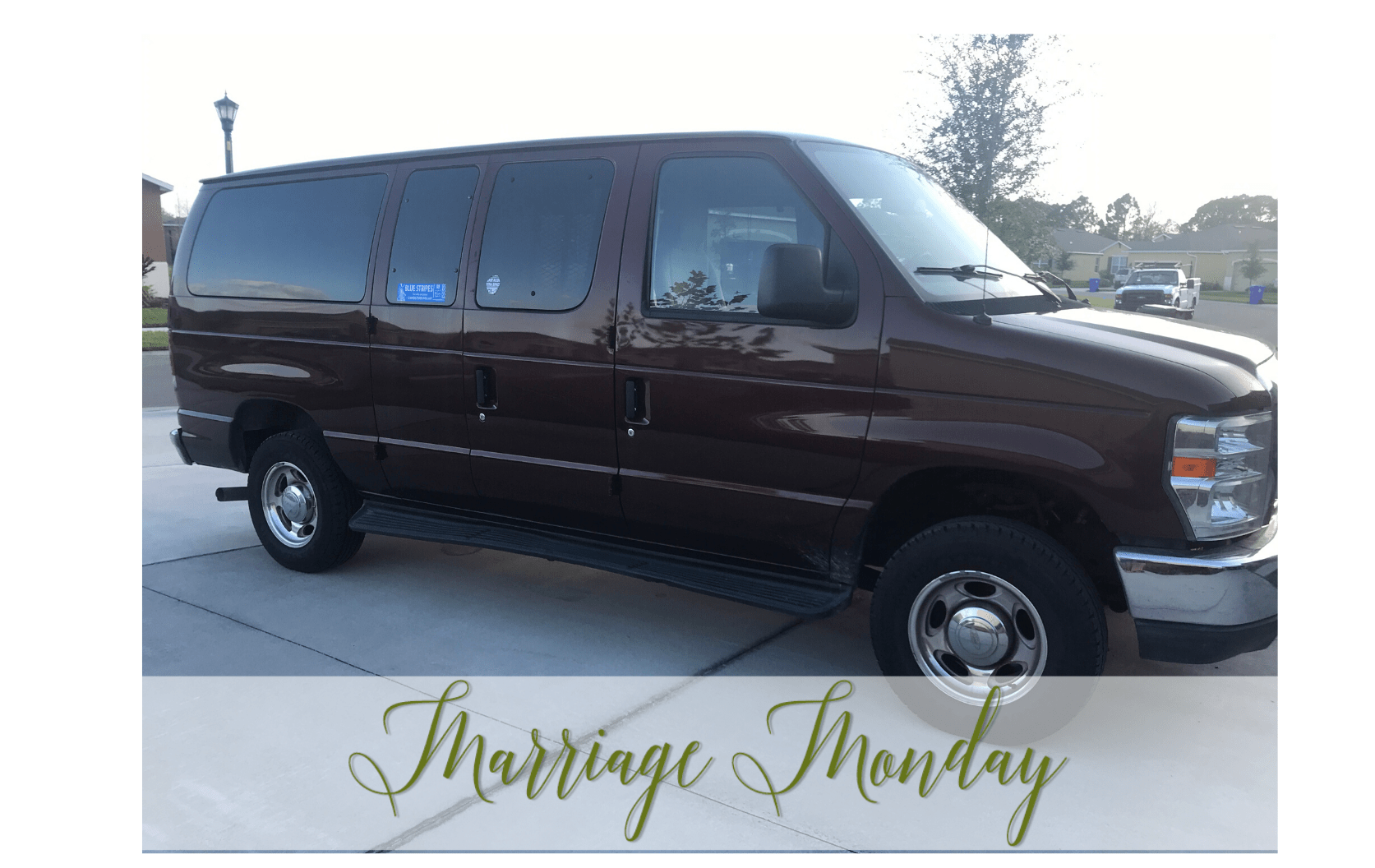 Accessible vehicles are such a blessing most of the time – until they are not! Then they become a huge stationary driveway ornament. That’s what happened at our house this week.

When we bought this van and had it modified for Jerry’s needs, the emergency brake was connected to a toggle switch on the driver’s door. Nice and handy for him to access easily. We never needed or thought about a backup plan?

Jerry got in the van and closed the lift. He locked in and was ready to roll. The last task before putting the vehicle in gear is to release the emergency brake. The brake is always on when the van is parked as it is necessary to operate the side doors and lift.

My cell phone rang, and Jerry asked me to come to the driveway and give him a hand.

Neither of us could get the toggle switch to respond. We’ve had the frustration of being stuck outside the van when the lift doesn’t work. It would be even more problematic if we somehow got the brake off so he could drive, but then not be able to get it back on so he could exit the van.

After he exited and closed the lift, I tried to find a manual brake release. I came up empty. We called our mechanic, who thankfully makes house calls. We scheduled time the next day for him to check it out.

Sadly, it became clear that the issue would have to be addressed by the conversion company mechanic. After four calls we got the van scheduled for service. It will be towed to the shop one week after the brake switch died.

It seems crazy that the van works fine mechanically and the engine runs well, but it is not drivable. But without the release of the emergency brake, it’s not going anywhere. And neither is Jerry.

I’ve been asking God what lessons He has for me from this experience. I’ve come up with two.

The first is this. Life can look good on the outside. My husband and I can “clean up well” and function at church, in the community, at work, etc. and everything looks and sounds dandy. But something as seemingly small as a toggle switch can bring everything to a dead stop. I want to be more aware of the toggle switches in our relationship and deal with the small issues as they arise.

My second lesson is to ensure redundancy in any future vehicles we buy. All the other systems in the van have a backup, except for the emergency brake. That’s a problem, as we just learned. Sometimes in relationships, I’ve heard it said that if two people can do the same thing one is not needed. That’s just not true. I will celebrate those areas in which Jerry and I are similarly and equally skilled. We may do things differently, but still as effectively. It doesn’t get much better than having your spouse step in and save the day when one of your own toggle switches gets stuck.